As summer rolls in, we're appreciating all of the things that we love best about the season. One of the ways we enjoy these late summer days is by bathing in the ocean - before work and late night swims made possible by the fixed walls of ocean pools along the coast. For the journal this week, we dive into bathing culture and visit one of Australia's iconic heritage pools, Wylie's Baths. 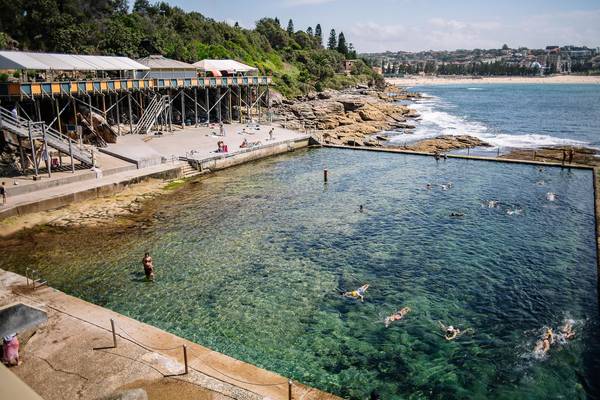 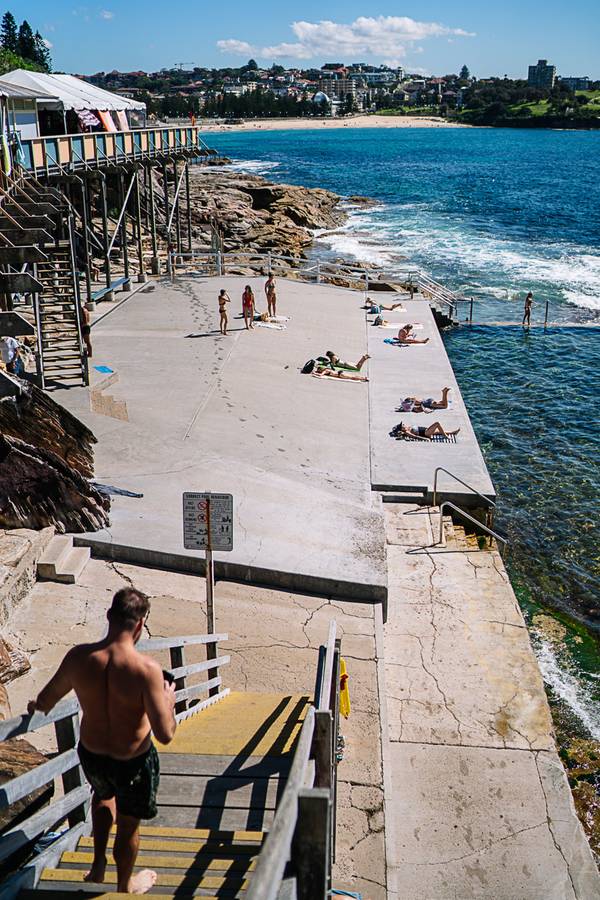 In Australia, bathing culture is at work in the many ocean pools and baths that dot our meandering coastline. Built predominantly in the late 19th and mid 20th centuries, there are around 100 of these historic pools on the water’s edge around the country, and most of them remain open for bathers year-round.

One of the first mixed gender pools for bathing in Australia, heritage-listed Wylie’s Bath was built on Coogee’s cliffs by Henry Alexander Wylie in 1907. Open every day of the year, it's the perfect place to spend idle hours on a summer’s day and is still popular come winter, when brave souls take to the icy waters for hydrotherapy and exercise.

Whichever the season, and however they are enjoyed, there is something about these public ocean baths and pools that feels uniquely Australian.

Floating in the cool shallows, buoyant by virtue of salt, the feeling of weightlessness in the saltwater provides a sense of relief and relaxation that is seldom found elsewhere. There is a rejuvenating energy to be felt bathing in the living ocean. In an ocean bath such as Wylie’s, the waves rush in intermittently and on a clear day, beyond the walls the horizon stretches out in an expansive postcard view. Standing on long steel legs that suspend above the water, with a kiosk, massage centre and other amenities tucked behind its iconic blue and yellow panels, Wylie’s has fostered a culture of bathing and leisure in Sydney for over a century.

Inland from the coast, there are still opportunities for bathing, with sleek, modern bath houses beginning to pop up in our cities. If you’re fortunate enough to have a bathtub at home, then you can run a bath that feels luxurious with a couple of simple additions; a box of epsom salts; a few drops of essential oil (lavender is a classic choice for relaxation) or a handful of herbs from the garden can turn a simple, routine bath into a deeply restorative experience.

Hot water or cold, it’s one of life’s greatest pleasures, the feeling of immersing one's languid limbs into the water. We’re making a note to do so more often.

Places We Swim, by Dillon Seitchik-Reardon, Caroline Clements
Be Well: New Spa and Bath Culture and The Art of Being Well