Free shipping on orders over $50

Like many people who spent the pandemic at home in lockdown, communicating with the world through a computer, artist Morgan Stokes developed a distaste for screens. And that’s putting it lightly. But rather than give into the digital drain, Morgan channeled his experience into his latest exhibition, Virtual Gaze, which was on show this month at Sydney’s Curatorial+Co. We visited Morgan at the gallery to talk about the impact the past two years have had on his work and the effect the virtual world has had on the way we view art. 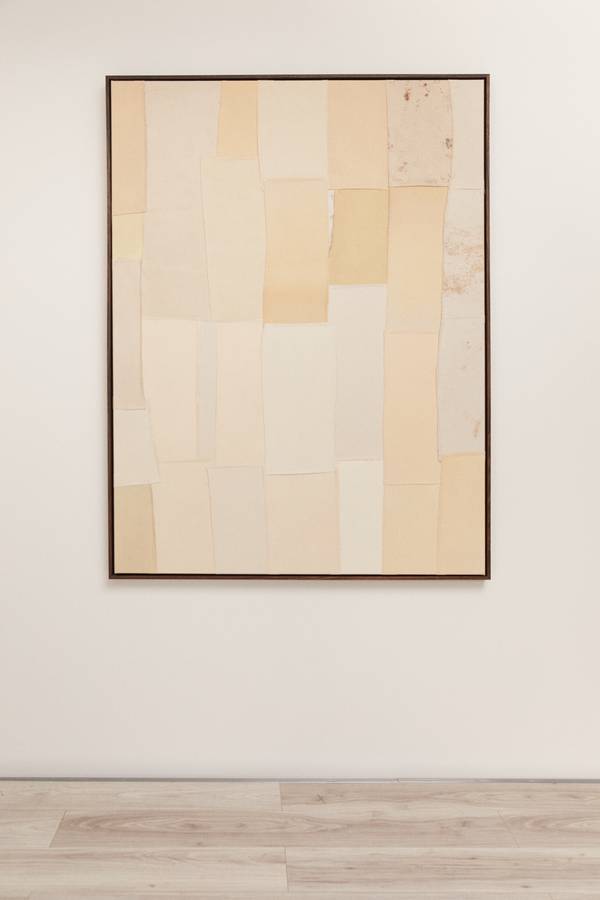 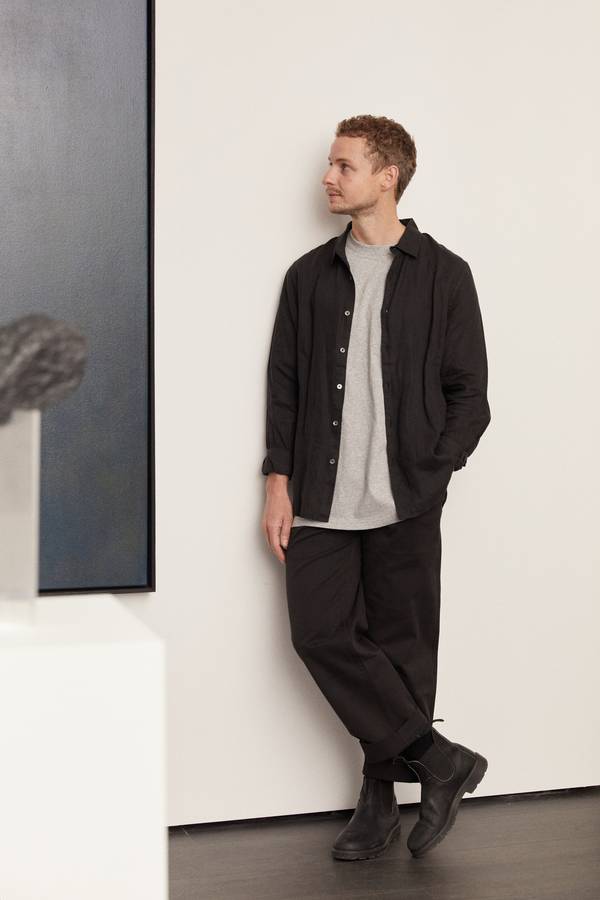 Morgan wears the Mens Oversized Cotton Tee in Grey Marle and the Casual Long Sleeve Shirt in Black with the Bodie Twill Pant in Black.

Before he became one of Sydney’s most animating emerging artists, Morgan Stokes was a digital designer. He’d chosen this career quite simply because it was a smart decision, he says, “in that there would be jobs and money, and I would get to design the future.” As it turns out, Morgan wasn’t made for life in an office, staring at a screen, and after growing increasingly disillusioned, he decided he wanted to become an artist instead.

There’s something about Berlin that beckons young artists, and Morgan certainly couldn’t resist the opportunity to hone his talents there. Confronted by the fact his 20s were almost over, Morgan applied for a working holiday visa and boarded the next flight to Germany. He describes Berlin as a “creative epicentre” that cultivates an electric, bohemian energy, and it was here that Morgan completed an artist residency with the Berlin Institute of Art. “It gave me a look into working artist’s studios, into how galleries operate, and I had a chance to view some significant collections. Being exposed to the breadth and ambition of the Berlin art world was remarkable and comprehensively expanded my understanding of contemporary art,” Morgan says. However, he adds, “there’s nothing like leaving your city to appreciate what it has. Sydney has a thriving creative scene and a real taste for art and I love living and working as an artist here - it’s truly beautiful, too.” 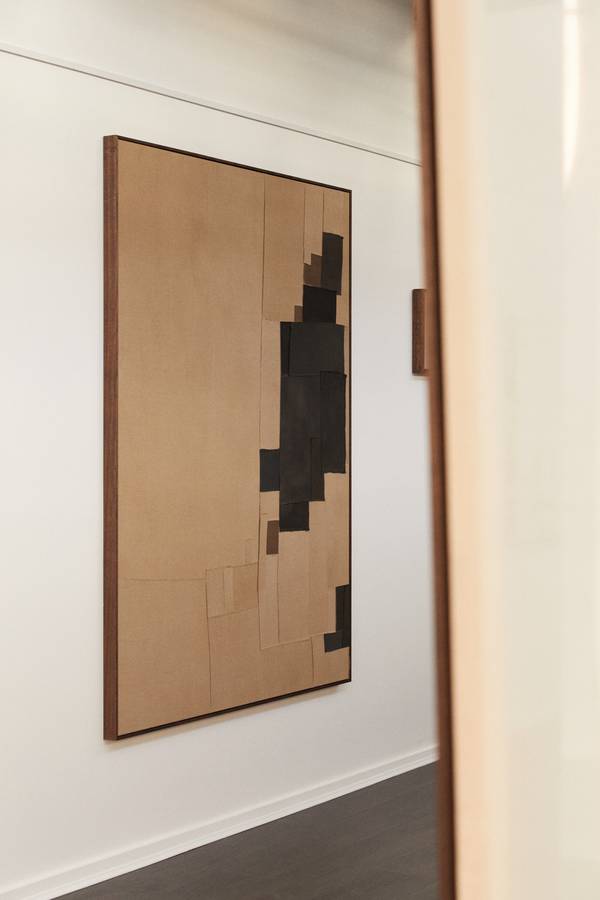 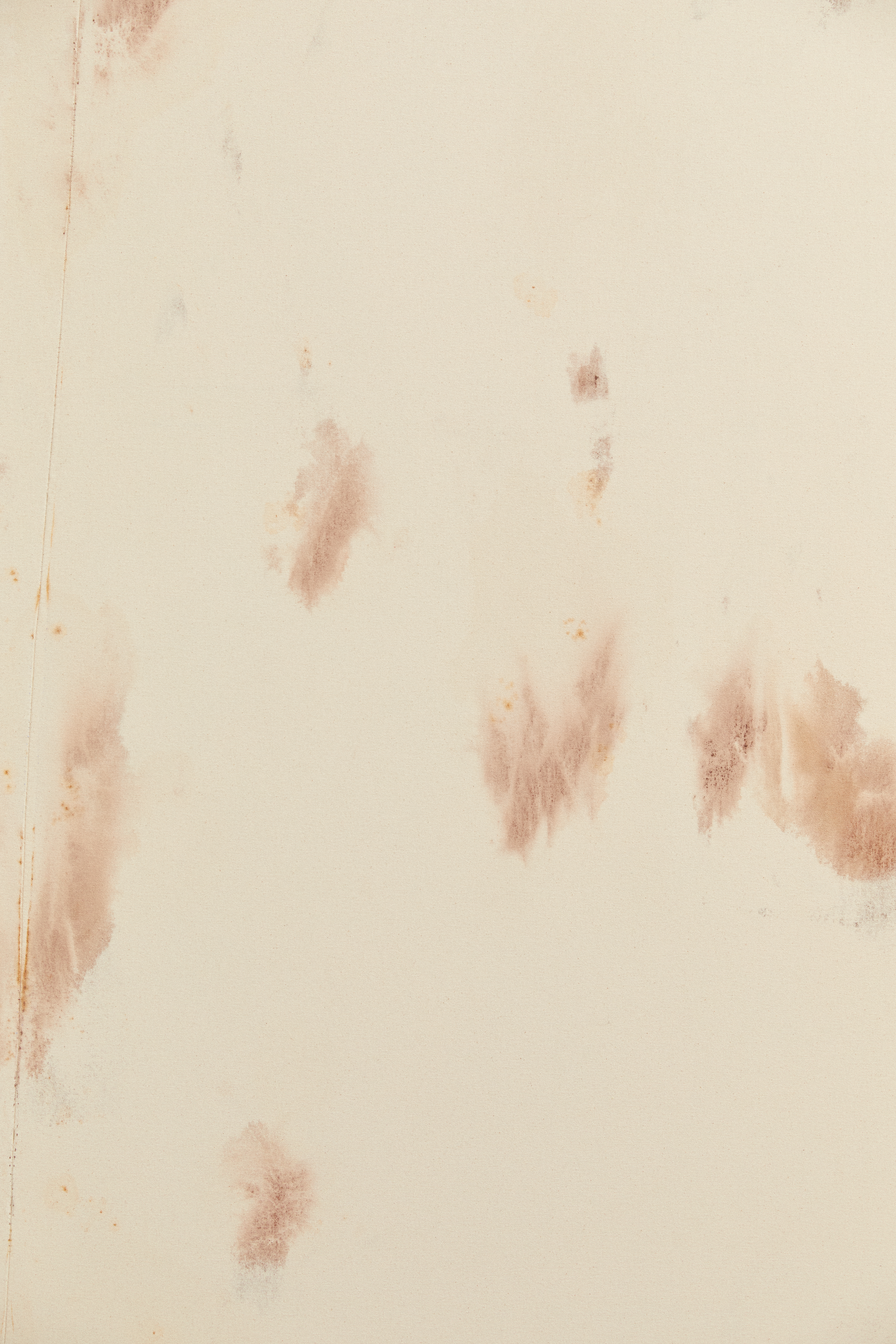 Before the Covid pandemic irrevocably altered our lives, Morgan says he was painting “I guess you would call them surreal figures and portraits”. But while confined to his home in Sydney, Morgan couldn’t ignore his reliance on, and resentment of, screens. “The pandemic wholly defined my practice,” Morgan tells. “It dawned on me that the screen is the ultimate facade, that every picture you see is manicured beyond recognition, that our mode of engaging with the world meant reality no longer existed,” he explains. “This led me to realise what I’m interested in with painting is the fact that it is a physical thing, not just an image or a JPG. It felt silly painting something representational when that’s just another illusion in a world full of illusions. So I started exploring the physicality and fundamentals of painting itself.”

The ‘virtual gaze’ is this idea that we’re getting so immersed in the digital world that it’s affecting our sense and perception of the real world. We begin to see paintings as images, as something to scroll past or ‘like’.

The result of Morgan’s personal revelation and artistic exploration is Virtual Gaze, a collection of works that push the limits of what a painting can be. Says Morgan: “The ‘virtual gaze’ is this idea that we’re getting so immersed in the digital world that it’s affecting our sense and perception of the real world. We begin to see paintings as images, as something to scroll past or ‘like’, and we accept the screen’s flattened sheen as real life.” In creating Virtual Gaze, Morgan’s aim was to highlight the divide between our screen experiences and our physical experiences. “I often get the response, ‘your works look so different in real life’, which is exactly what I’m hoping for,” he says. “Material and nuance, light and perception, sharing space and time with a physical object: these are things that cannot be reproduced digitally.” Sparse canvases are inflicted with intentional strokes and marks that sometimes appear mechanical. Ambitious both in intention and scope, this exhibition ventured beyond Morgan’s previous shows. “I’ve included large metal works for the first time, and have exhibited sculptures for the first time, which has been a big, exciting and terrifying learning curve.” 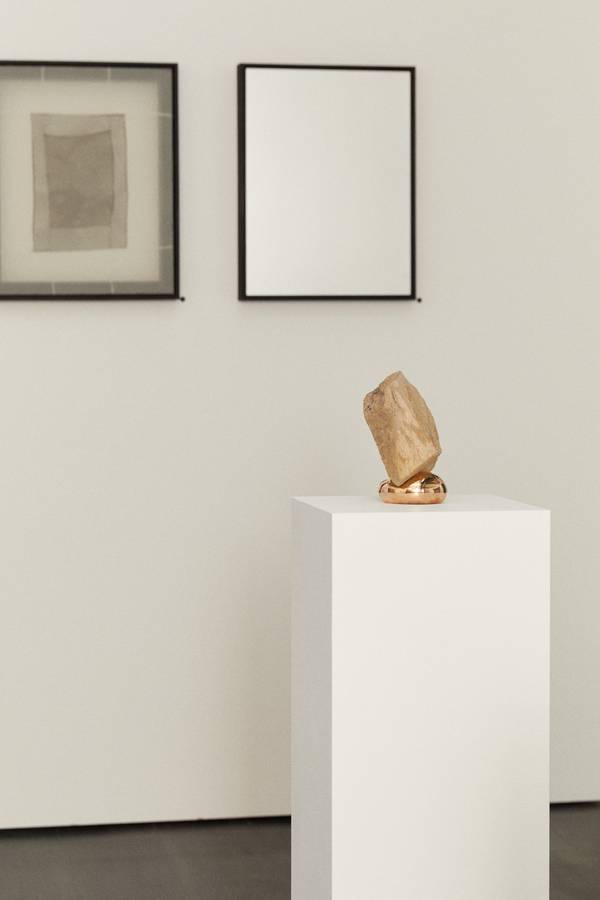 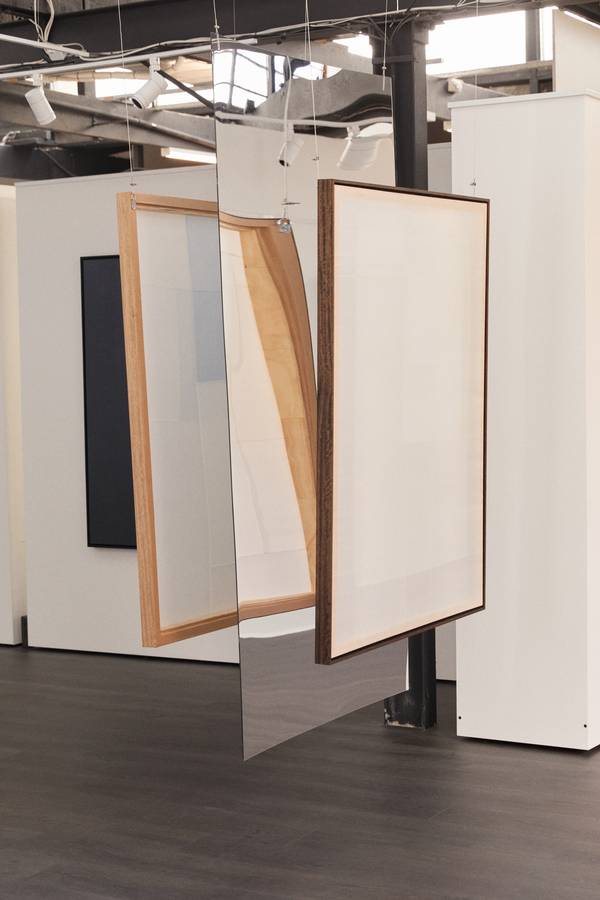 Morgan is galvanised by what he describes as a journey into sculpture, but he says painting is still the ultimate art form. “I love its mysterious and timeless appeal - why do humans like looking at things on walls? A surface on a wall, so simple, yet so infinitely complex.”

I’m always scrolling through… the Guardian.

Balance is… 8 hours of sleep.

A productive day in the studio looks like… paint everywhere, bin full of off-cuts, empty coffee mugs and some well-stretched canvases.

I can’t work without… my giant scissors. They’ll cut through anything, honestly, give me something. I’ll do it.

The trend I wish would go away… the gym.

I can’t wait to travel… to NYC with Jane.

The best advice I’ve received… “There is only one meaning of life: the act of living itself” - Erich Fromm.