Alex Fitzpatrick is the director of ADesignStudio, one of the most exciting lighting practices in Australia. Alex’s light fixtures are works of art, and his approach to design and manufacturing balances the best technology in the business with an emotive, poetic sensibility. We spent time with Alex at his studio in Sydney to talk about the highs and lows of building your own business and why he was “crazy” to become a lighting designer. 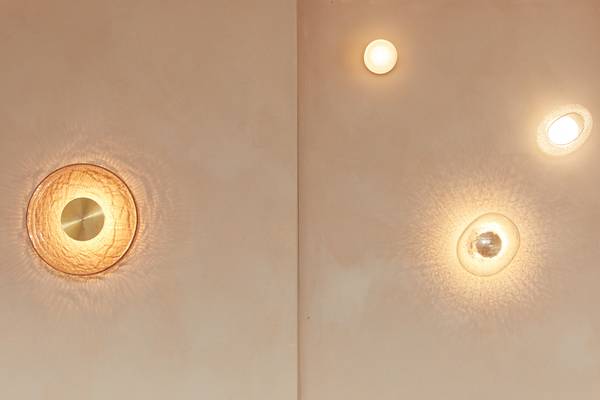 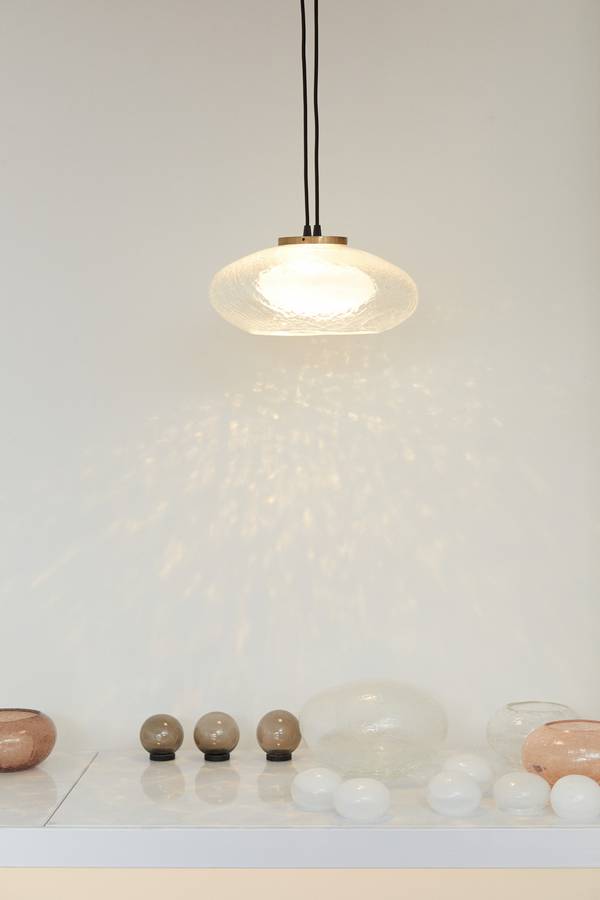 Alex Fitzpatrick half-jokes that the best career advice he’s ever received was “you must be crazy to go into lighting”, which says all you really need to know about his tenacity, talent and affable sense of humour. Even against better judgement, Alex pursued his passion and stuck it out through setbacks to establish a studio that’s shattering the glass mould of what lighting can do and be.

A self-described industrious child, Alex thought he might be an architect but was dissuaded by a disgruntled family friend in the industry. His interest in lighting emerged while working for the Canadian company LightForm, because, Alex says, “it was so far removed from anything I’d ever done before. It intrigued me, both on a scientific and a poetic level”. From then on, Alex immersed himself in the business, from sales and marketing to consulting and design, but his dream from the very beginning was to build his own practice. “I’m not sure where that came from exactly,” Alex admits. “I failed during my first attempt to open a studio, but this turned out to be an important lesson. My small company could not be built overnight.”

According to many a proverb, those who endure obstacles conquer, and this is certainly true of Alex. “Everything was a stepping stone – even if this wasn’t always apparent,” he reflects. “Throughout my career there have been so many challenges that, looking back, I must’ve been crazy to take on. There were definitely easier ways for me to make a living.” And yet, the sheer scope of what could be achieved as a lighting designer had him hooked. “When I first started out, LEDs were only just becoming mainstream,” says Alex, who now works with the best LED technology available. “Our processes are always evolving, and we continue to look for ways to improve. We’re developing a new system that uses the best technology we could muster. It should be ready to launch in a couple of months, which I’m very excited about.” For Alex, lighting is more than a science, it’s an art. As he explains, the method used most frequently at ADesignStudio is glass blowing. “This is an old technique that hasn’t changed much over time, but it still feels new and exciting to me. I find the whole process fascinating, particularly the interplay between the material and the light.” 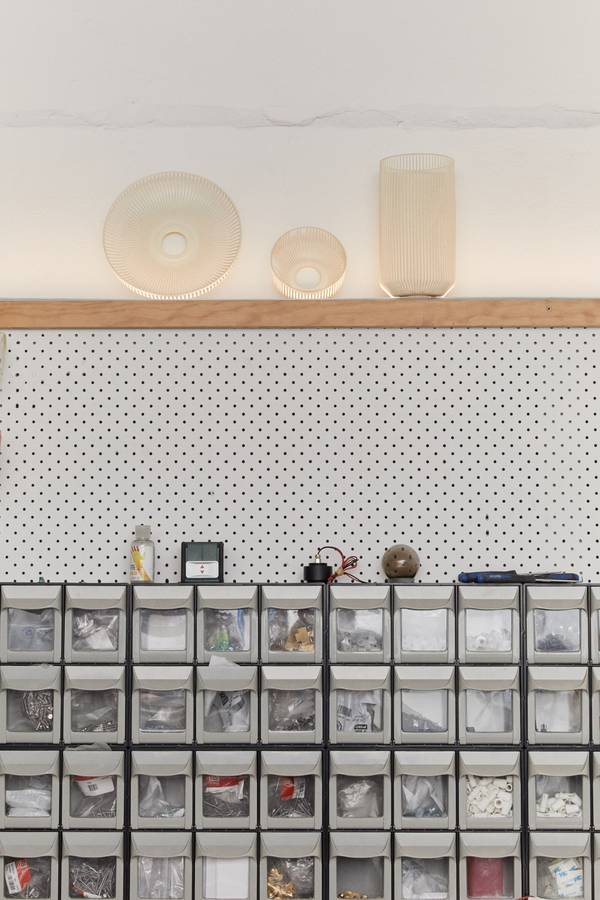 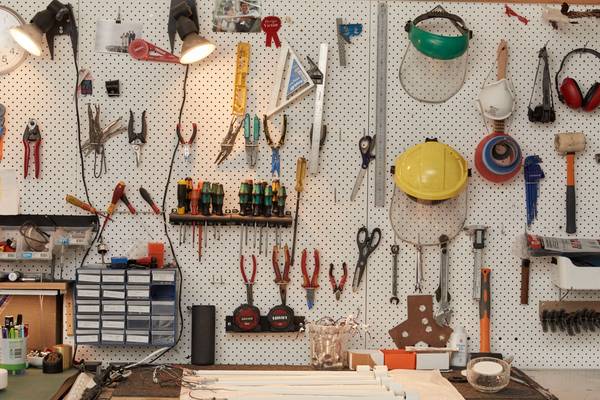 An ADesignStudio product begins its life when Alex identifies a gap in the market.“When we make a fitting, it’s not all about the look – we think about what we’re trying to achieve with it, and then we create a narrative around it. This gives the fitting a purpose and connects it to people.” Take, for example, the Crackle lights. “We started using crackled glass because we wanted to find a way to both capture and conceal light and create interesting patterns,” Alex says. “I want our lights to illuminate and transform spaces. When designing our Crackle Wall Light, we used curved glass to push the light onto the wall in dappled, shard-like shapes. Wherever it’s hung, the Crackle Wall Light adds an intriguing and artistic quality to the space.”

While Alex’s focus remain firmly on ADesignStudio, he’s not one to overlook an opportunity or idea. Following the launch of Alchemy, an inspiring lighting collection created with Australian furniture designer Sarah Ellison, more collaborations and international partnerships are on the horizon. “It’s always fun working with someone who has interesting business and design directions, and it was nice to be able to step inside her world for a minute,” Alex says of his collaboration with Sarah. Of course, he adds, the best part of his job is collaborating with clients. “I don’t have to look for inspiration, it’s all around me. Life is a constant inspiration. We have so much going on here in Australia.”

“I was drawn to the world of lighting because it was so far removed from anything I’d ever done before. It intrigued me, both on a scientific and a poetic level.”

I’ve never been one to analyse my own style. But when I create a system, I like to tell a story. I try to think about the whole process – designing, manufacturing, delivery and installation. I’m also intrigued by the world around me, and I use light as a medium to express my thoughts.

The greatest inspirations throughout my career…

The European design masters, both contemporary and classic – especially when I was first starting out. Now it’s the people around me: my bosses, mentors, colleagues, and family (especially my kids, they’re so curious about everything and tend to be brutally honest). I also find a lot of inspiration from the Australian design profession more broadly. In particular, the people I’ve met who work with glass. They’ve taught me so much.

My typical work uniform in the studio…

Comfort is key. I have a lot of similar or identical items in my wardrobe, so you’d be forgiven for thinking I wear the same thing almost every day. I do like wearing natural materials like cashmere, because they’re soft and light, but these aren’t always the most practical choice while working. 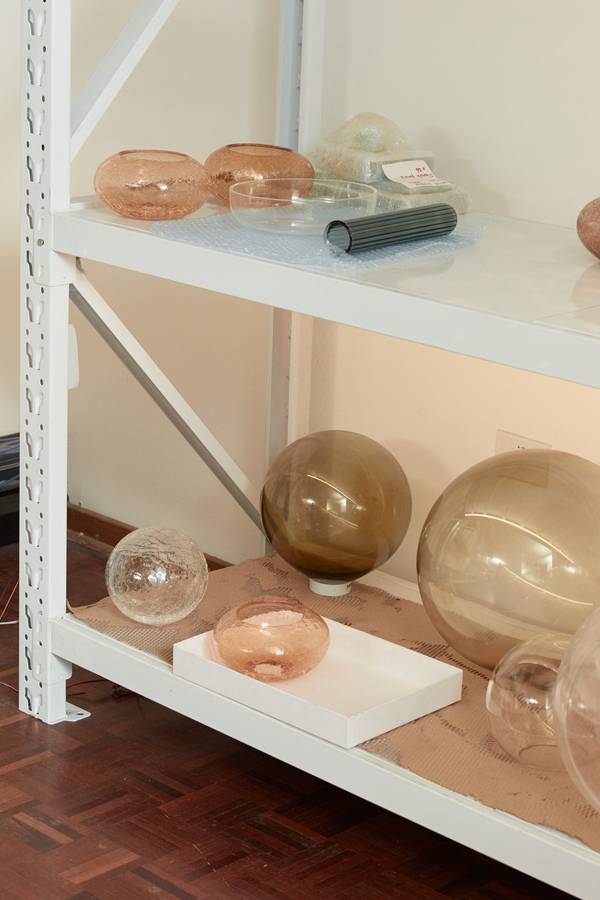 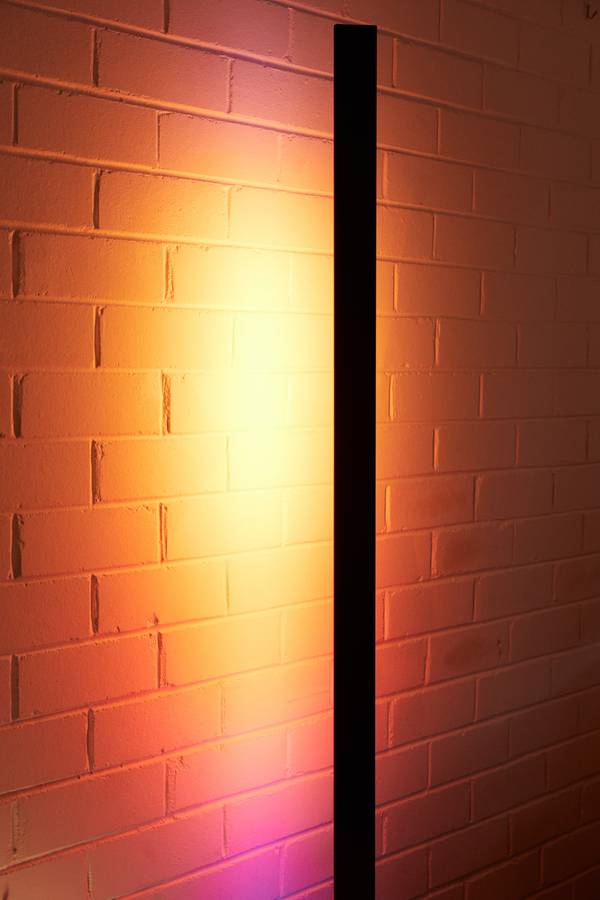 “My main source of inspiration were the European design masters… especially when I was first starting out in the world of lighting. Now it’s the people around me: my bosses, mentors, colleagues, and family – especially my kids, they’re so curious about everything and tend to be brutally honest.”

A productive day in the studio…

I’ll have a few cups of coffee every day, and this is usually what keeps me going (even if I have developed a slight caffeine addiction). It helps to have a nice quiet room as well – we usually have a lot going on in the office and in the workshop, so it’s nice to get away from it all sometimes.

We’re actually working on getting a new studio, but let’s see how we go. It would mean an exciting new chapter for ADesignStudio.