To mark the launch of our new season shade Cobalt, we invited eight artists to join our Artist in Residence series and exhibit their cobalt-hued works in Assembly Label stores around Australia and New Zealand.

A fashion photographer that makes slabs of concrete look like thick slathers of icing sugar? It’s certainly genre-defying, but that’s what makes Sydney artist Henryk so exciting— whether he’s working behind the camera or in front of a canvas, Henryk creates art that defies boundaries, and sometimes, gravity. 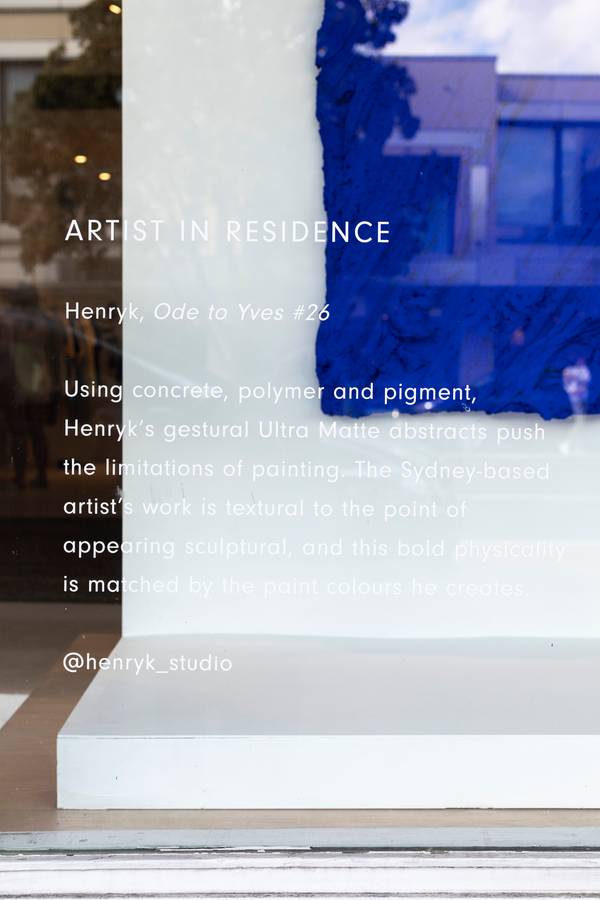 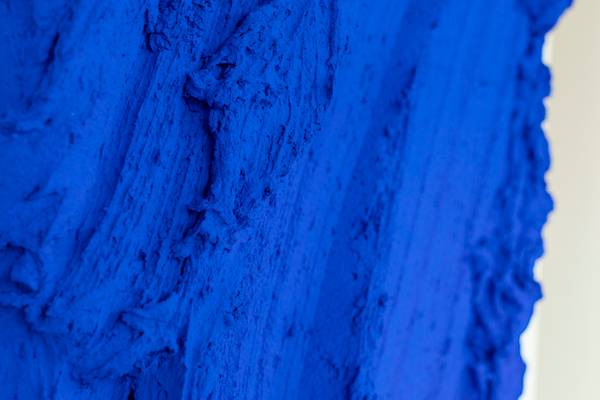 “I’ve always enjoyed making things more beautiful, whether that was a photo, a renovation or artwork,” says Henryk of his artistic instincts. In what has become a familiar story, Henryk seized the opportunity to start painting while taking a break from photography during Covid lockdowns. “I went to an art store, bought everything that looked fun and started to play,” he says. “I wanted to feel the texture of the paint and use bright pigmented colours. I wanted to be a child again and lose myself in a new world.”

Henryk’s artworks took form as he began testing how much much paint a canvas could bear. “Giving it that much texture expands the limitations of a traditional canvas. That drew me to using heavy gels to get more lift,” says Henryk. “Then I wanted to bring that texture and thickness to another level, so I started experimenting with concrete and mixing in polymers.” Over time, the colour of the canvases became increasingly experimental, too. Unable to find pigments that were strong enough, Henryk learned how to make his own. “Now I make my own paint, my own brushes and custom boards. My only limitations are the walls the works hang on,” he says. Some of these pigments are redolent of an icing mix that’s had too much food colouring added. Other pigments are so intense, they appear to radiate energy.

“The blue shimmers and glows, seemingly opening up to immaterial realms. Even watching it dry is magical. It transforms.”

The blue that defines Henryk’s Ode To Yves series is one such colour. “Unlike many other colours, which create opaque blockages, the blue shimmers and glows, seemingly opening up to immaterial realms. Even watching it dry is magical. It transforms.” Henryk describes it as “that Yves Klein Blue luminosity,” in reference to the French artist Yves Klein who developed the ultramarine substance International Klein Blue. Henryk credits Yves with making cobalt such an iconic colour, and Ode To Yves is his tribute. “It’s just a very special colour. You learn quickly when making paint that not all pigments are the same.”

Among Henryk’s other creative influences are Pierre Soulages, a French artist best known for working with the colour black, Pablo Picasso, and Bram Bogart — “a great artist that showed me I can still go big with texture even if the works are heavy!” He also cites photographer Steven Meisel as an enduring inspiration. “I still take colour cues from fashion magazines and try them in my works.” Henryk’s greatest inspiration, however, may be the process itself. “These works cannot be made slowly. It’s gestural. I like how in-the-moment the process is, and how that moment can last an eternity.” 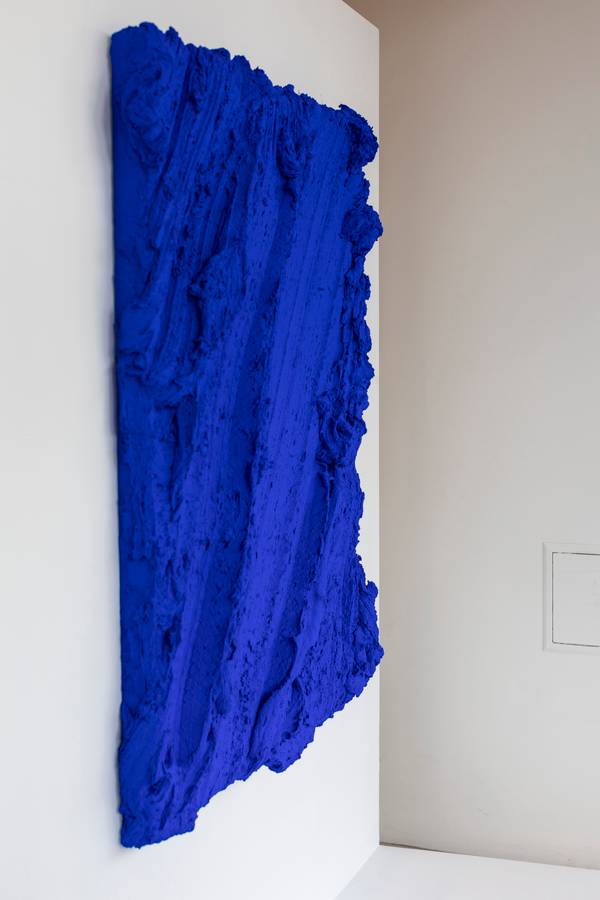 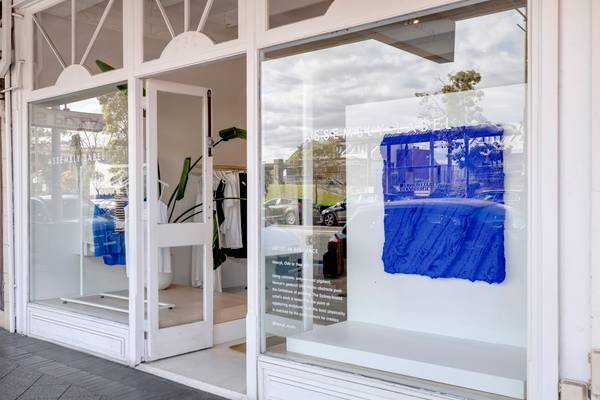 Henryk’s Ultra Matte Ode To Yves #26 is available for purchase after the exhibition. For enquiries, contact @henryk_studio To mark the launch of our new season shade Cobalt, we invited eight artists to exhibit their cobalt-coloured works in Assembly Label stores around Australia and New Zealand.  Inspired by... Justin reflects on his practice, his passion for gardening, and why he’s inspired by Paddington.