Visiting a gallery is one of the most inspiring ways to spend a weekend and right now there’s a number of exciting art exhibitions happening around Australia. From local shows unearthing emerging talent to high-profile events presenting iconic international artists, these are the exhibitions to add to your calendar. 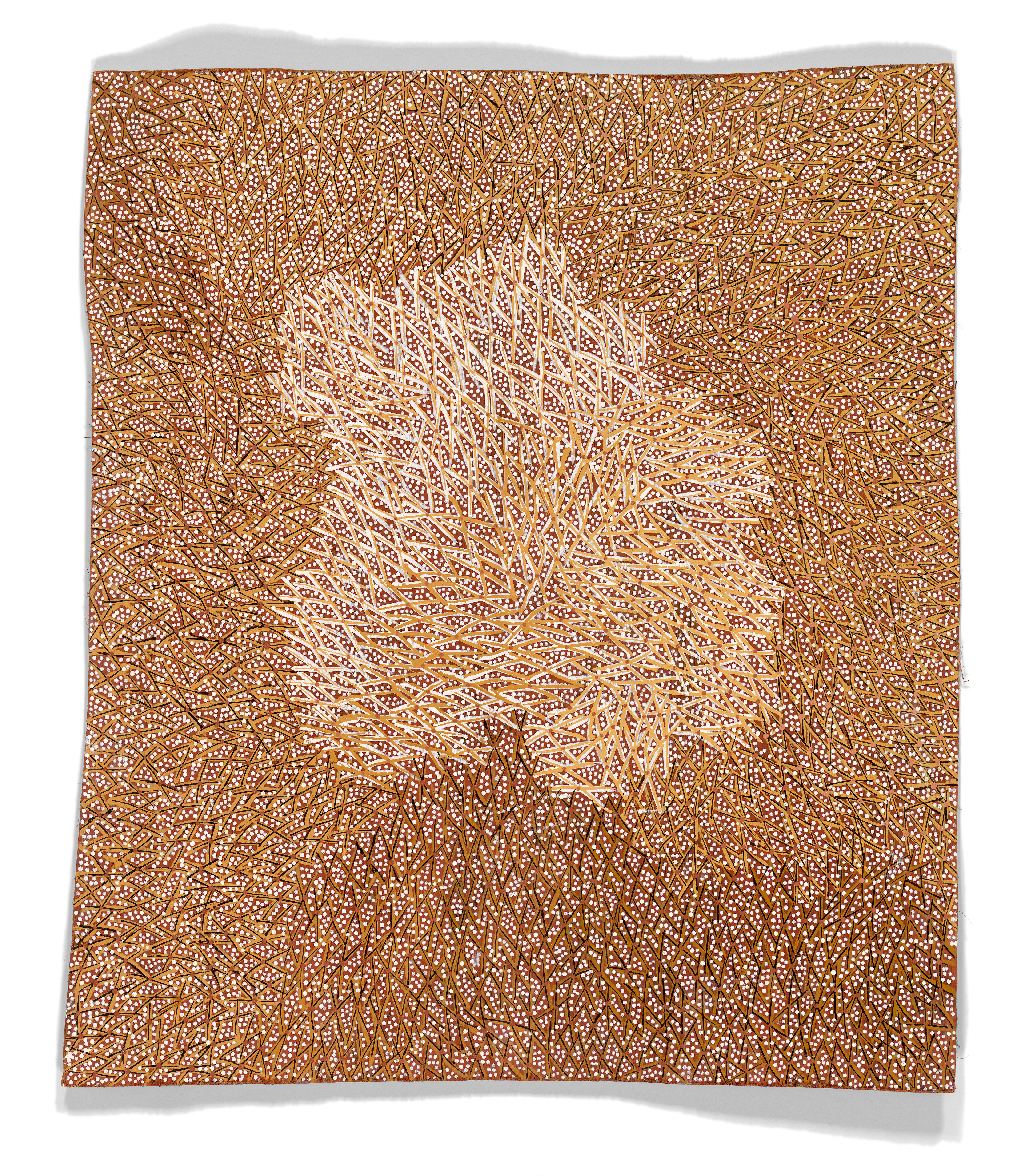 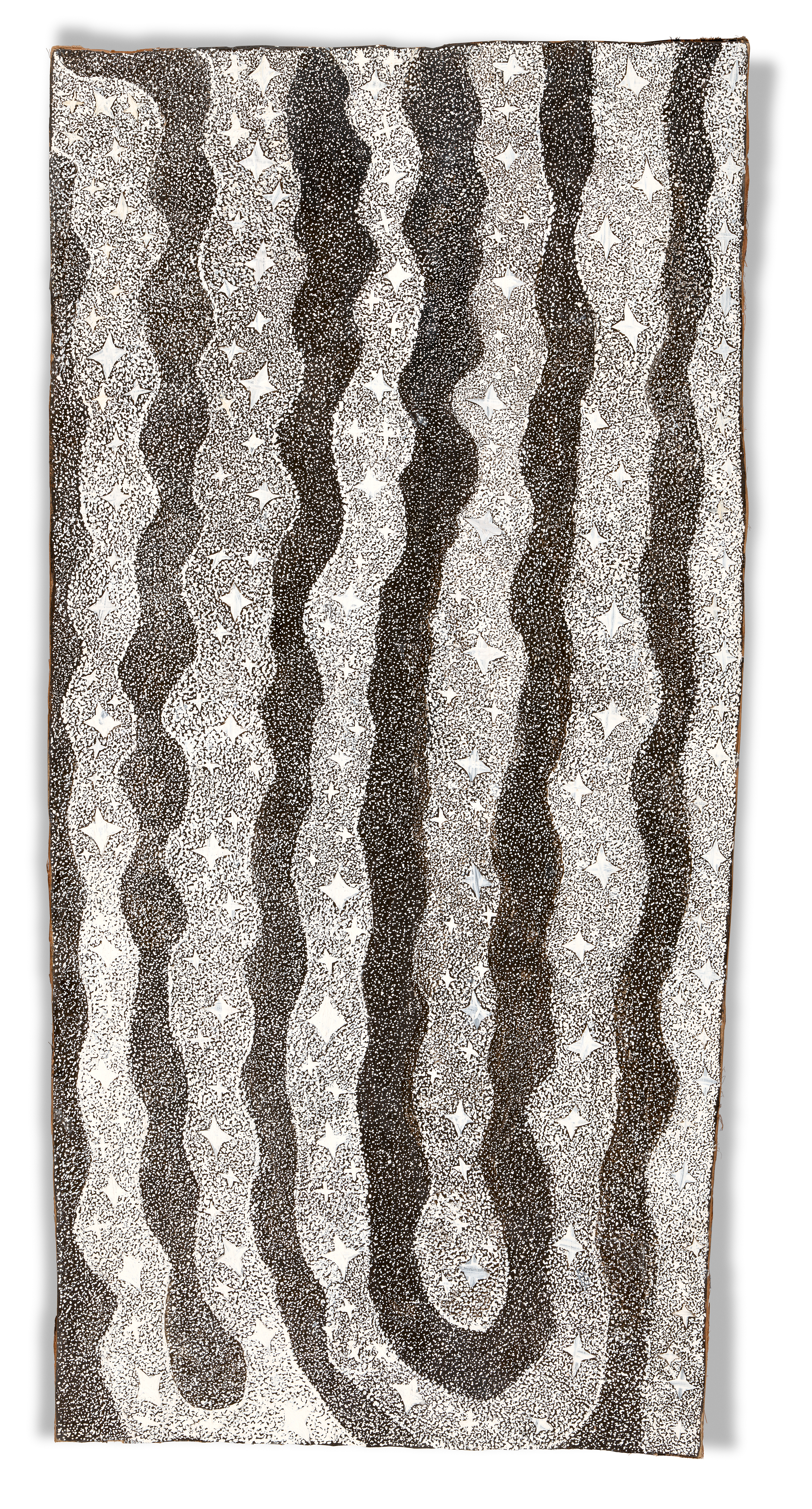 Well-dressed denizens have been flocking to this highly-anticipated fashion fantasy, and with good reason. Gabrielle Chanel. Fashion Manifesto is the first exhibition in Australia dedicated exclusively to the French couturier and her contribution to fashion culture. Richly curated by Palais Galliera with over 100 outfits, as well as accessories, cosmetics and fragrances, the exhibition focuses on Chanel’s style, design clout and the silhouettes that transformed women’s wardrobes. Catch a rare glimpse inside these heritage collections until April 25.

Visitors will first experience Bark Ladies as they walk across a floor-based rendering of the Milky Way. Titled Ringitjmi gapu, which translates as ‘river of heaven and Earth’, this work inverts the audience’s perspective of the sky, sea and land. Themes of spirituality, country and the universe emerge throughout the exhibition, which celebrates the NGV’s collection of works by Yolnu women artists from Buku-Larrŋgay Mulka Centre. These eleven artists have challenged preconceptions about Indigenous art while demonstrating the possibilities of the unique medium of bark. On until April 25.

A seminal event on Australia’s art calendar, Melbourne Art Fair returns this year with a slew of head-turning contemporary artists. An influential forum for introducing new ideas, stimulating provocative conversation and promoting local talent, the biannual fair showcases works of monumental scale and significance and has gained global recognition for helping shape the future of Australasian art. From February 17 to 20.

Energetic and immersive, Matisse: Life & Spirit, Masterpieces from the Centre Pompidou, Paris is the most comprehensive exhibition of Henri Matisse works to arrive in Sydney. While fans of the artist will no doubt be awe-inspired by the big, colourful paper cut-outs, the presentation takes audiences on a fascinating exploration of his incredibly dynamic career, and the collection spanning six decades includes paintings, drawings and sculpture. On until March 13. 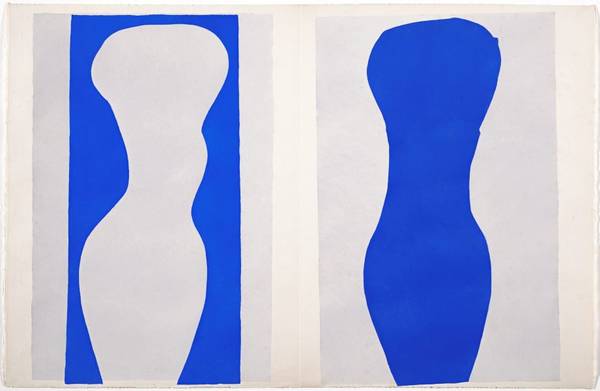 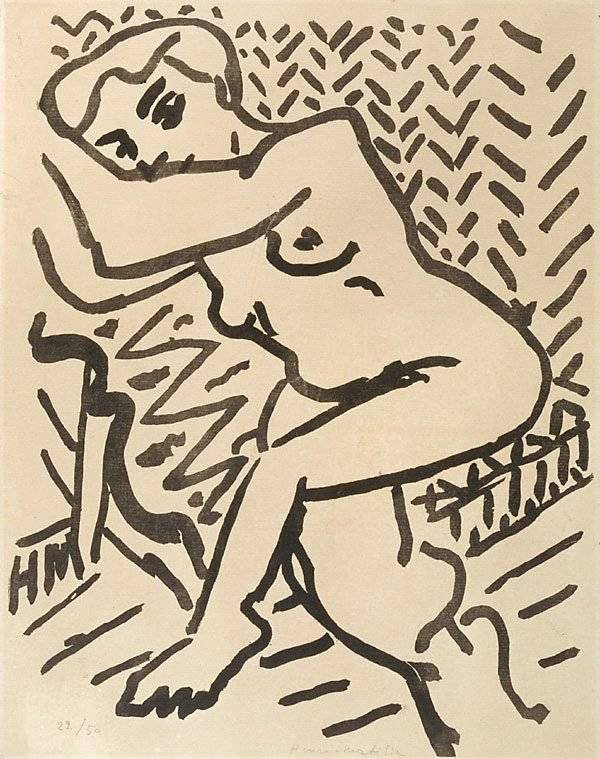 What does it mean to ‘make it Big in China?’ This is the question posed by curator David Williams, who was tasked with uncovering the potent creativity and cultural narratives that have captured the imagination of this nation. The result is Big in China - a multi-level exhibition of contemporary artworks by 12 artists. Their works possess immense presence, from a writhing snake-like Corinthian column to a cloudscape of floating paper, and walking through each space feels like navigating a virtual reality game. On until May 22.

In 2001 and 2002, the Five Hundred Arhats were discovered among the ruins of Changnyeongsa temple in Yeongwol, South Korea. Believed to be between 600 and 1000 years old, these statues depict the 500 disciples of the Buddha - arhat refers to one who has attained enlightenment. With the arrival of one Buddha and 50 arhat statues to the Powerhouse Museum, local audiences can now witness this poignant piece of history. On until May 15.

More than an exhibition, Know My Name is a commitment to amplifying female artists, after NGA curators acknowledged just 25 per cent of its Australian collection was by women. By representing the work of women, the NGA offers its audience a more authentically diverse range of artists and creative practices. Behind many of the artworks is a story about a woman who has fought to reclaim her identity, or have her art recognised. The exhibition is part of the gallery’s ongoing gender equity initiatives and is on until June 26.

Perhaps the most hopeful and uplifting event this month is the arrival of Every heart sings to South Australia. Artist Patricia Piccanini’s Skywhale and its new companion Skywhalepapa are hot-air balloon sculptures that have been touring the Australian skies for the past year. Of the project Patricia says, “Every heart sings… talks about nature, family, evolution, care and wonder. They float into our lives to make us smile and think.” For this leg of the journey, the Skywhale family will arrive in Bordertown on February 19 before floating over to Adelaide Festival on March 5. 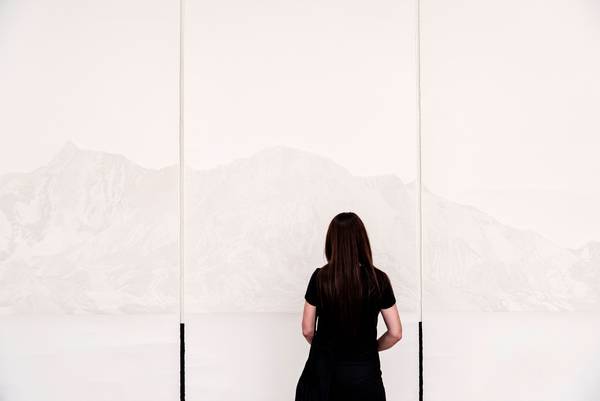 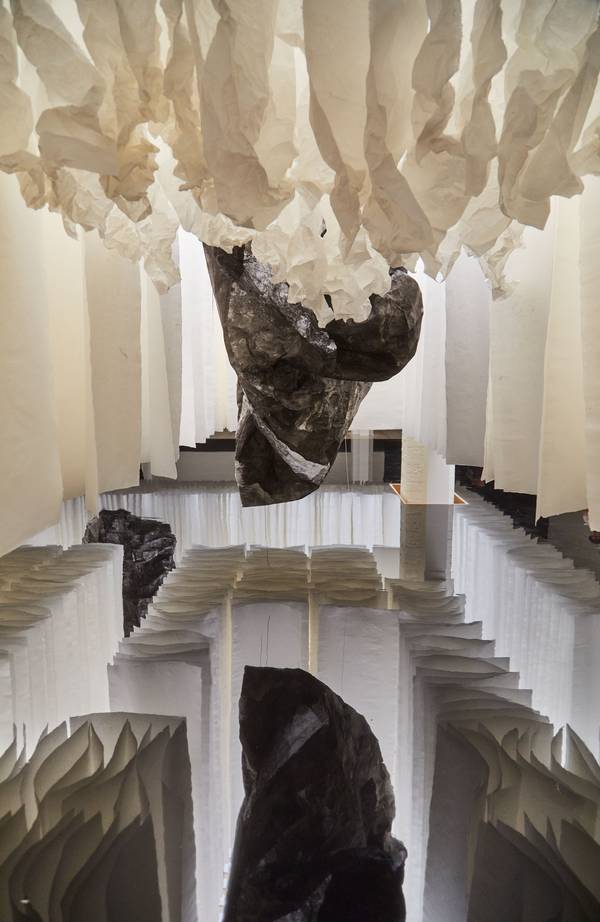 Fringe proudly holds the title of largest arts festival in the Southern Hemisphere - and it’s arguably the most inclusive, too. Embracing performers, artists and visitors from all walks of life, the line-up includes an eclectic fusion of theatre, music, cabaret, circus, comedy and visual arts, and because the festival is not-for-profit, all creatives are welcome to register an event, no matter how grand or modest the venue may be. The city-wide festival will run from February 18 to March 20.

Deep within the bowels of the Museum of Old and New Art is a red landscape, inhabited by mechanical sculptures moving about and probing the earth. This sophisticated, insect-like display of engineering is by James Capper, whose work ultimately searches for ways to solve the urgent problems facing our planet. Watching video footage of these mobile sculptures navigating the outback terrain of Broken Hill is a truly cinematic experience. On until April 18.

In the studio: Rose Boyt and Lucian Freud, Art Gallery of Western Australia

The notoriously elusive artist Lucian Freud rarely allowed himself to be photographed, but while working on Naked man with rat 1977-78, which is in the AGWA collection, Lucian commissioned Rose Boyt, one of his 14 acknowledged children, to capture a series of moments in his studio. The power dynamics revealed in these images offers a fascinating glimpse inside the art of Freud, as well as his unconventional relationship with his daughter. On until February 10. 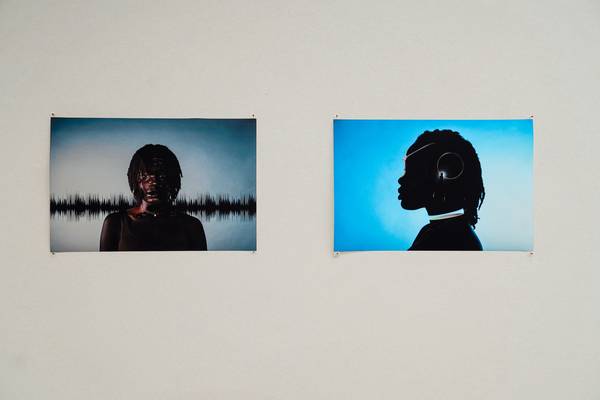 Undertow is an evocative exploration of our nation’s complex connection to the coast, sea and ocean - bodies of water that represent places of arrival and departure, transformation, and ancestral connection. On show at Fremantle Arts Centre as part of Perth Festival, the exhibition hosts artists whose work spans installation, print, photography and film. Individually, these artists contribute unique experiences and ideas. As a collective, Undertow interrogates issues such as migration and climate change that affect all Australians. From February 5 to April 25.

Showcasing 150 artists from 30 countries, this ambitious cultural event highlights the diversity and range of artistic practices across the Asia Pacific region. QAGOMA has procured some major new works as well as recently commissioned pieces that run the gamut from deeply personal expressions to political statements. A word of advice, the APT isn’t to be rushed - the exhibition includes immersive multimedia artworks, interactive programs for children and a cinema program. On until April 25.

The pinnacle of Indigenous art from around the country is lauded at NATSIAA, Australia's longest running and most prestigious Indigenous art award. With every year, the awards unveil a greater breadth of work by extraordinarily talented established and emerging artists who, collectively, demonstrate the pre-eminence of Aboriginal and Torres Strait Islander voices within the visual arts. Although the exhibition closes in Darwin this weekend, you still have time to view the virtual gallery online today. At Home with Annalisa Ferraris

To celebrate their installation, we spoke with Annalisa to learn more about her artistic process. In The Studio With Caitlin Robson

We visit the home and shared studio of Sydney-based ceramicist and artist, Caitlin Robson.